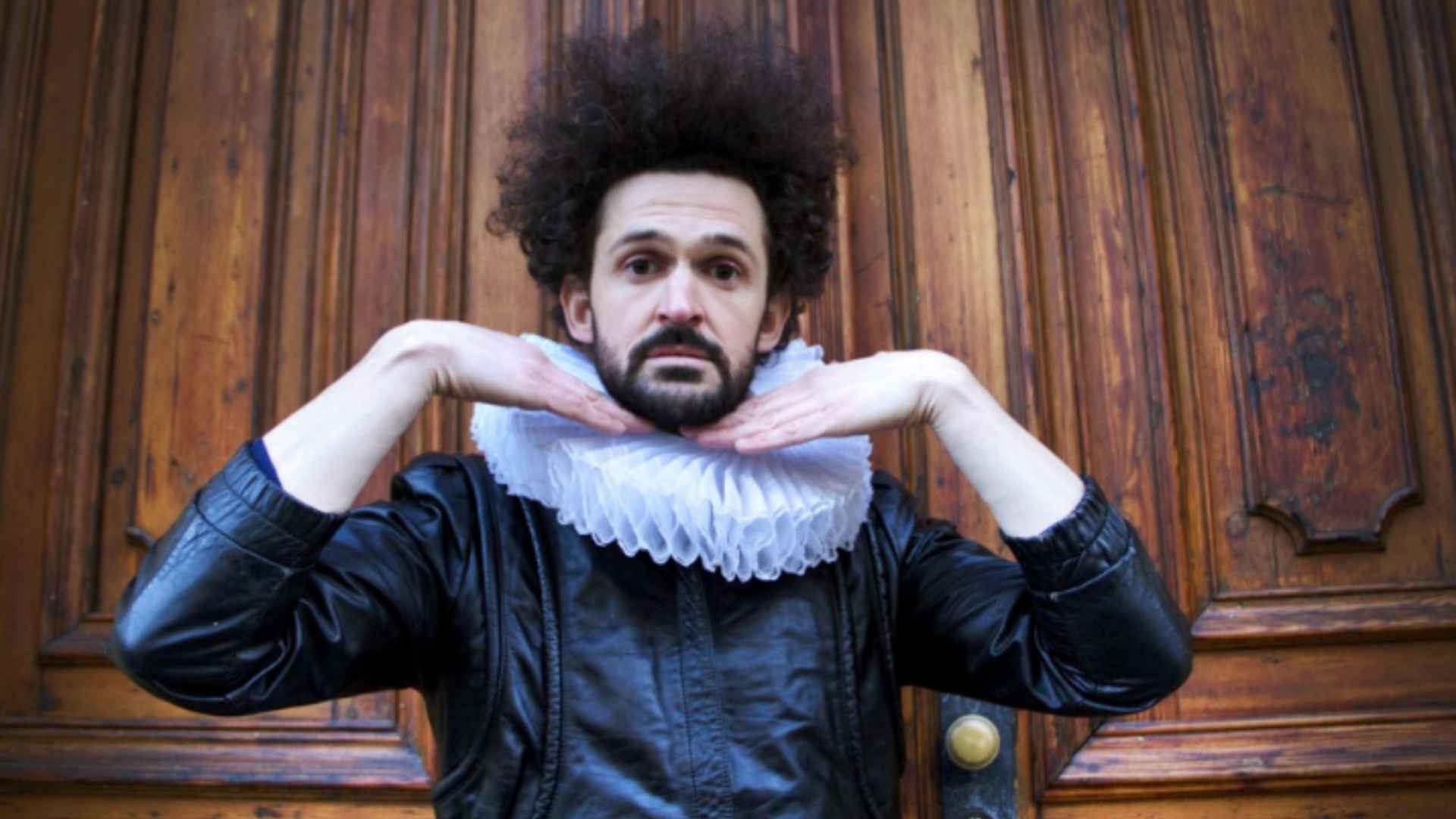 This event unfortunately had to be cancelled

Garry Starr Performs Everything is the story of a disgraced actor who attempts to save theatre from it’s inevitable extinction by performing every genre imaginable. Starr tears through artistic genres with little regard for personal safety and, arguably, less regard for art.

Disgraced actor Garry is going it alone. Following his recent dismissal from the Royal Shakespeare Company (was he ever really there?) he has decided that the performing arts are dying and he is just the man to save them. How will he do this? By performing every genre he can think of in the slightly misguided belief that this will somehow reignite people’s love for performing art and ultimately save theatre. What ensues is both a satirisation and celebration of many well-known genres (as well a few lesser known) with a mixture of downright stupidity and surprising skill.

★★★★★ “An anarchic play-date with a six-foot-two toddler with a mop of fuzzy hair, no inhibitions and far too much raspberry cordial on board. It’s an exhilarating feeling.”
GLAM Adelaide

★★★★★ “Warren-Smith is a master of clowning and comedy. Hilarious, naughty, clever and incredibly well put together.”
The Upside News

★★★★★ “This show is fantastic. You’ll laugh, you’ll cry with laughter, you’ll walk away wanting to save theatre again and again with Garry Starr.”
Kryztoff, RAW

“Warren-Smith delivers a smashing performance that leaves the entire room cheering for an encore. If only being so bad was always this bloody amazing.”
My Melbourne Arts