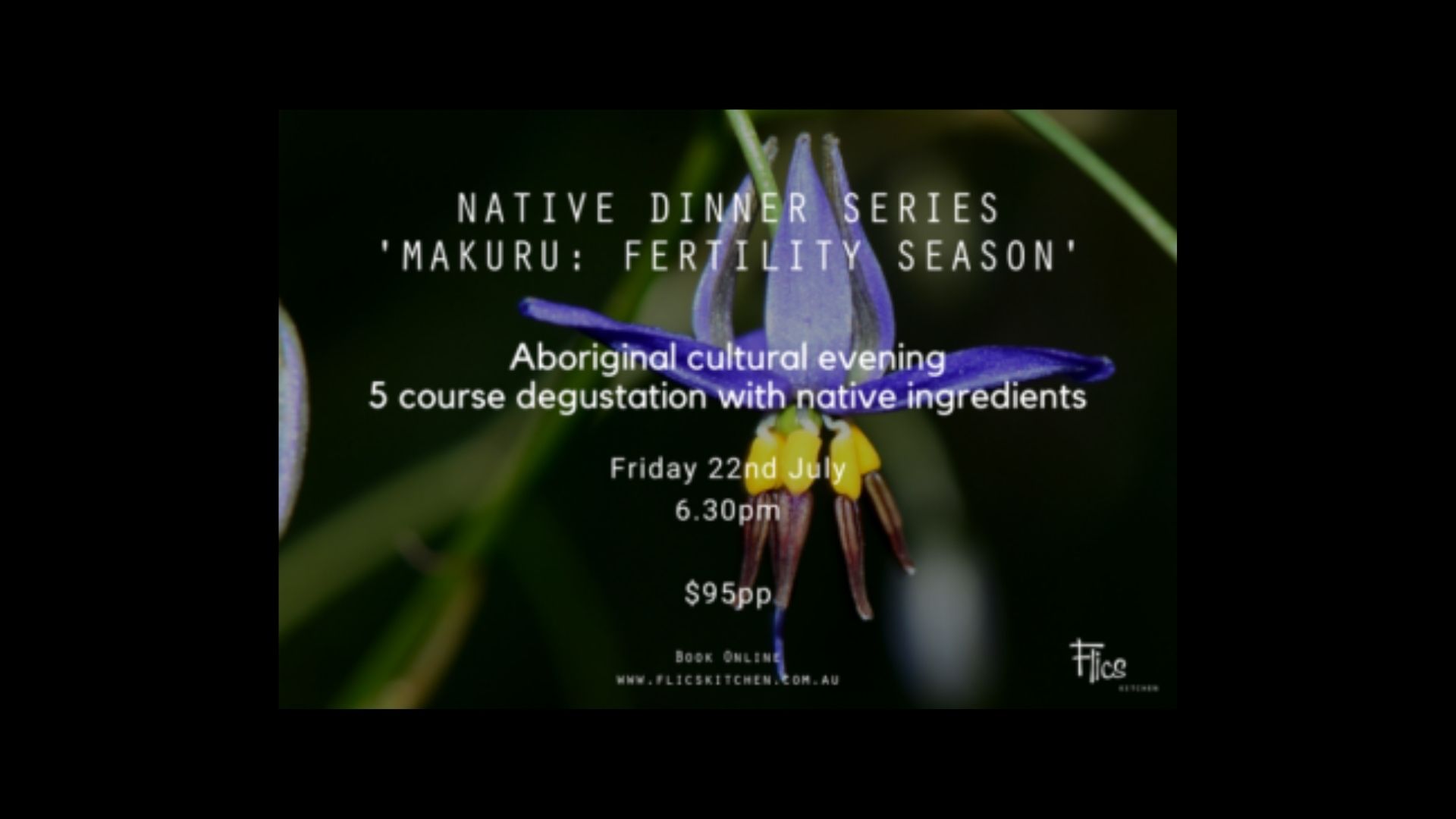 Each dinner in this series will be based on the Noongar people’s 6 seasons the next one being “MAKURU: Season of Fertility”. Makuru sees the coldest and wettest time of the year in the South West.

As the waterways and catchments started to fill, people were able to move about their country with ease and their food sources changed from the sea, estuarine and lake foods to those of the land, in particular the grazing animals such as the kangaroo.

As well as a food source, animals provided people with many other things. For example, the ‘yongar’ or kangaroo, not only provided meat but also ‘bookas’ (animal skin cloaks that were used as the nights became much cooler). Nothing was left. Even the bones and sinews were used in the manufacturing of bookas and for affixing barbs to hunting tools such as spears.

Makuru is also a time for a lot of animals to be pairing up in preparation for breeding in the coming season. If you look carefully, you might see pairs of ‘wardongs’ (ravens) flying together. Upon the lakes and rivers of the South West, you’ll also start to see a large influx of the Black Swan or ‘Mali’ as they too prepare to nest and breed.

Flowers that will start to emerge include the blues and purples of the blueberry lily (Dianella revoluta) and the purple flags (Patersonia occidentalis).

A truly special evening connecting us to the history of our land and region and a journey into the ancient traditions of the Noongar people.

*Due to the nature of the event, we are unable to cater for dietary requirements and allergies.