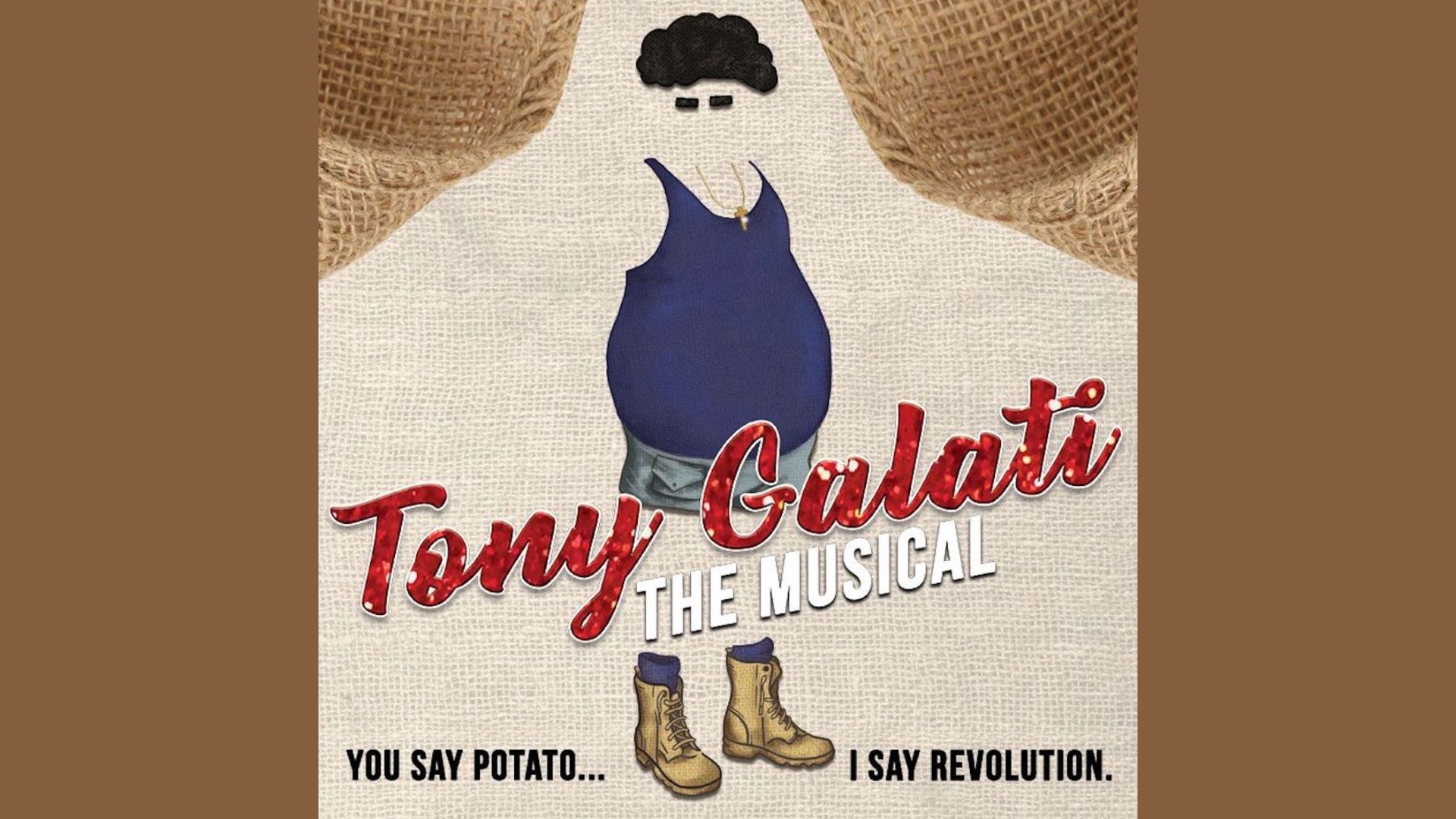 This hilarious musical is inspired by the life and triumphs of Perth’s Spudshed magnate – the man who launched a business, took on the fat cats, appeared on Sunrise, and did it all with nothing but tenacity, a blue singlet, and a love for the working families of Perth.

This a story inspired by the true story of Tony Galati – the retailer, farmer and immigrant who won the hearts of West Australians by fighting against corporate overlords so that every family could have access to healthy vegetables. It’s a love letter to WA, an inspirational story of fighting for fairness and family, and catchy to boot. It’s the Hamilton of the fresh produce aisle.

The story begins in Sicily where we meet Tony’s father, Francesco. Francesco moves to busy 1960’s Perth looking for a better life for his family. He opens a vegetable market stand, and Tony watches it get shut down by the nefarious Potato Corp – a draconian board that governs what’s fit for sale. This moment shapes Tony’s life, and we see him, and Perth grow up. Undeterred, Tony slowly builds up his business but the prevailing attitude the Corp has to veggies – those that don’t fit in must be tossed – mirrors his own inner struggle: he’s a stranger in a strange land. Will he ever fit in?

Inspired by a show-stealing singing-and-dancing Potato, Tony doubles down on his vision and creates Spudshed. It’s a hit for young and old, wealthy or struggling, it’s multicultural, open around the clock. But the Potato Corp remind him – he has to stick to his quota and sell less. So, he decides to give the surplus, misshapen potatoes away for free. Tony keeps rising… he’s on Sunrise, Telethon… he’s a Perthonality! His rise is cut short, however, by the Corp’s threat of jail.

In his darkest hour, Tony is visited by the ghost of his father, channelled through our singing Potato. The potato inspires him with the story of how she, as a rugged little vegetable, took over the world. The people of Perth also unite behind him – he’ll always be their Spud King. Tony decides to fight the Corp. Eventually Spudshed is saved and the Corp disbanded. Tony has given the people of Perth an affordable way to stay healthy, the farmers a million-dollar settlement, his son a legacy, and all this whilst honouring his father.

“I would implore anyone who has snagged a ticket to one of the performances to don their fake eyebrows, bring their own sack of spuds and flood the stage with vegies, instead of flowers, in adulation for this ode to Galati.” – The West Australian