Give your kids the opportunity to make new friends, learn new skills and have adventures over the school holidays.

You can keep your kids entertained with a number of attractions in Mandurah and fun things to do within the Peel region.

Entertain the Kids on a Cruise

Exploring Mandurah isn’t half as fun unless you heard out on a boat cruise. Join a cruise with Mandurah Cruises and learn all about the marine environment as you tour the canals, estuary and wetlands.

AHOY there, me hearties! What’s this? Pirates in Mandurah? Join ‘Pete Blackbeard’ and his buckos at Pirate Ship Mandurah for a fun day out on the water. It’s an open air vessel where kids can dress as pirates, steer the wheel, ring the bell and look through telescopes. It’s pirate role playing at its best.

Get adventurous on the water

Step it up a notch with a jet ski tour with Stag Watersports Jet Ski Hire. Or explore at a slightly slower pace by hiring a boat, paddleboard or kayak in Mandurah.

Step aboard a sleek catamaran cycle from Mandurah Waterbikes, and cruise Mandjar Bay by waterbike. These can be hired for 30 minutes or an hour, giving you a fresh perspective on Mandurah.

You can fish from the estuary or with experts on a Skill2Fish tour, or you can always try your hand at crabbing in the shallow waters of the estuary with crabbing season too. If the kids are interested in sailing, you can also learn how to sail at one of the Mandurah Offshore and Sailing Club clinics that are held throughout the year.

Mountain biking and cycling are a great and easy way to get out and explore with kids. Mandurah has good cycle paths around the city centre, marina and along the coast. You can enjoy the effortless experience of an e-bike with The Bike Kiosk, based at the Mandurah Visitor Centre.

There are also family-friendly forest cycle trails throughout the region and don’t forget the Munda Biddi Trail, a world-class off-road cycling track, running through Dwellingup.

Get a grip at Mandurah Indoor Rock Climbing where you’ll find many challenges including 40 top ropes, great bouldering cave, slack line, climbing club, circus and aerial classes. It’s a great way for your kids to burn some energy, all while having fun in a safe and friendly environment.

Explorer of the wetlands

As soon as you arrive in Mandurah, you feel relaxed and get this instant holiday feeling. Why? Because in Mandurah, we’re relaxed by nature.

Mandurah is like an outdoor classroom where you can learn about the incredible, internationally significant Peel Yalgorup Wetlands System and the wildlife on guided nature walks and even nocturnal bush walk tours with Salt & Bush Eco Tours and Ways to Nature.

Visit the 2,000 year old Lake Clifton thrombolite reef at Yalgorup National Park which can only be found in a few places in the world! Mandurah has many bird visitors too as it is considered one of the few locations in Australia chosen as a rest stop for migratory birds.

Appeasing the imaginations of those big and small, there are 70 adorable miniature buildings and model trains at Amaze Miniature Park. It is set among four acres of beautifully manicured gardens along with mini golf, a hedge maze and a playground.

And from very small to very tall, you can jump aboard the King Carnival Ferris wheel or tower ride or have a go on the dodgem cars and amusement arcade. It’s a great day of fun for kids of all ages.

They may be child-sized, but they sure have big hearts – Mini Toot, the friendly miniature train runs along Mandurah’s Eastern Foreshore – and the Big Toot is a hop on/hop off tour for all ages. These two are owned by the Mandurah Tourist Fun Train Company and is a fun way to tour Mandurah. You can purchase tickets at the Mandurah Visitor Centre or when boarding the train.

The Hotham Valley Railway in Dwellingup is a popular attraction, particularly for the train buff. Experience a ride aboard a heritage train in the heart of the jarrah forest. The tracks were built in the early 1900’s to transport timber from Dwellingup around the state, and today you can enjoy three different train experiences, the Steam Ranger operating in winter months only, May – October.

Be a zookeeper for a day

Are your children wildlife enthusiasts? Great, did you know they can be a professional zookeeper for a day at Ranger Red’s Zoo and experience first-hand handling and feeding the animals? They will learn how over 100 species of birds and animals are cared for and get up close to Tasmanian Devils, koalas, kangaroos, snakes, ferrets, lizards and a variety of bird species. Learn more about the Zookeeper 4 A Day program.

Part of the Western Foreshore recreation precinct, the competition standard park is a concrete skate park with three skate zones for different skill levels, including a competition bowl and a plaza area.

It caters for skaters, BMX and scooter riders of all levels, is state of the art as far as skate parks go, and it’s a top pick for local skaters, being designed by skaters, specifically for skaters. 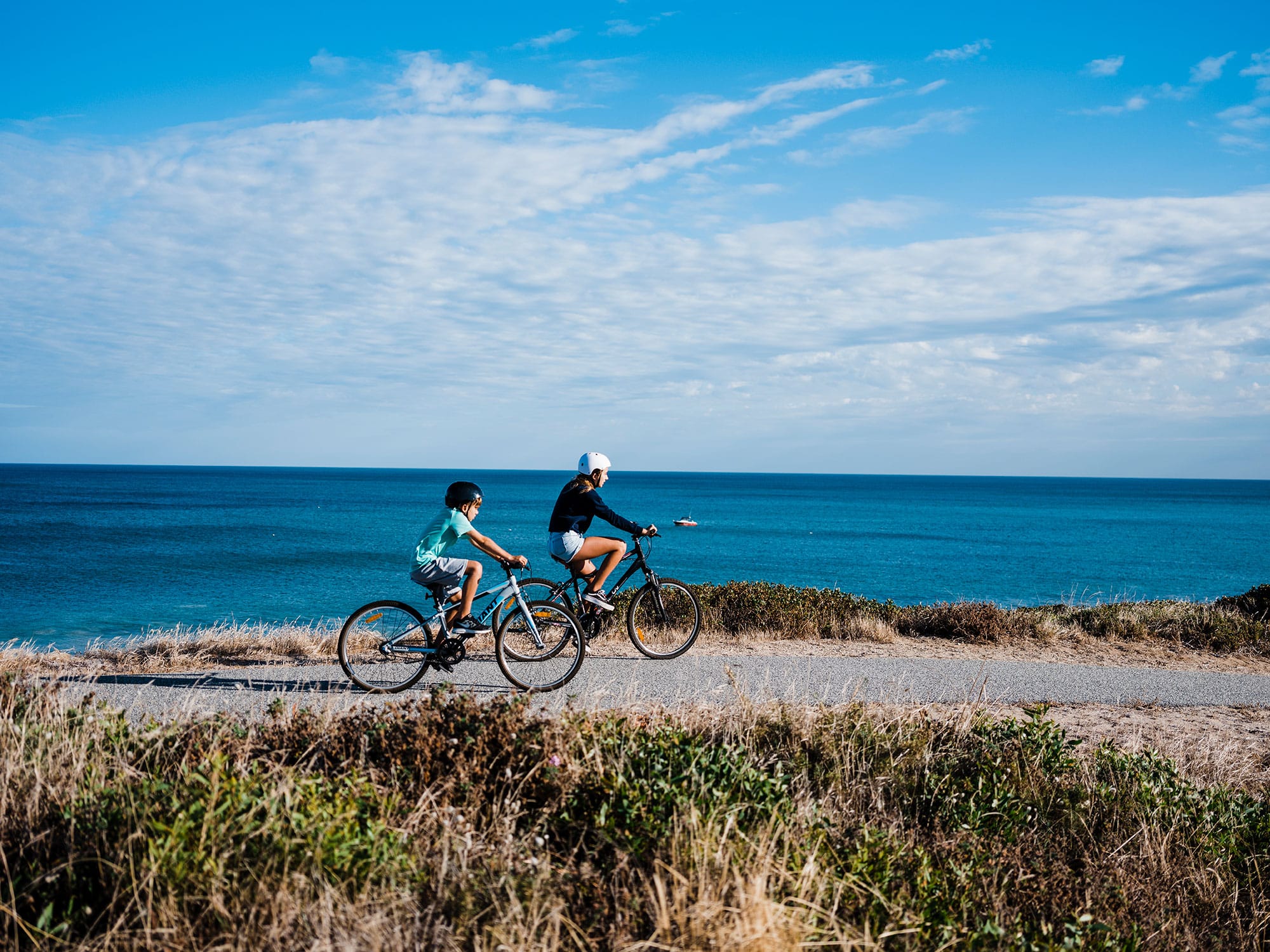 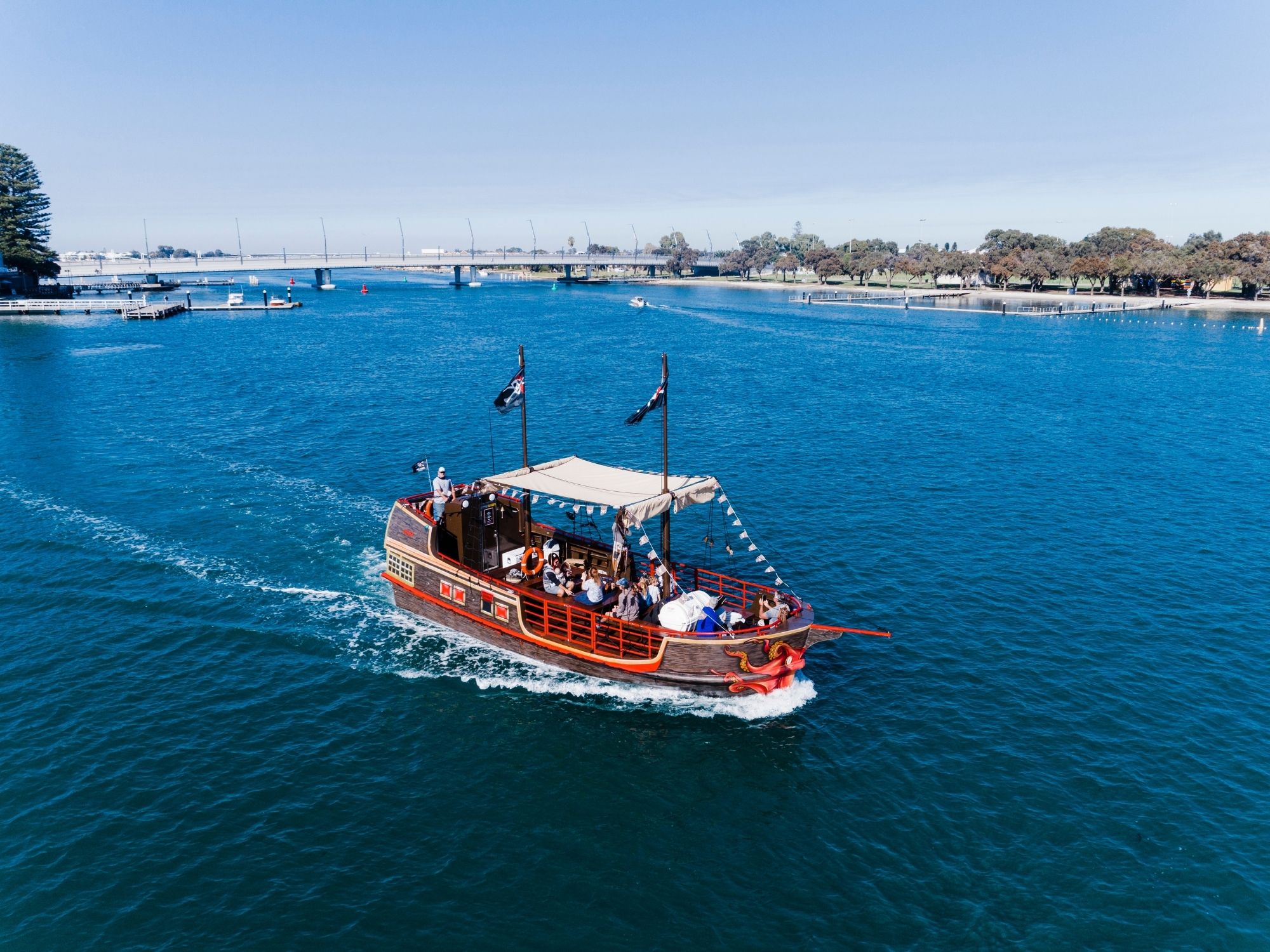 Top 10 things to do with kids
Family Fun
With plenty of coastal, forest and urban adventures to keep everyone in the family...
read more
Family Fun 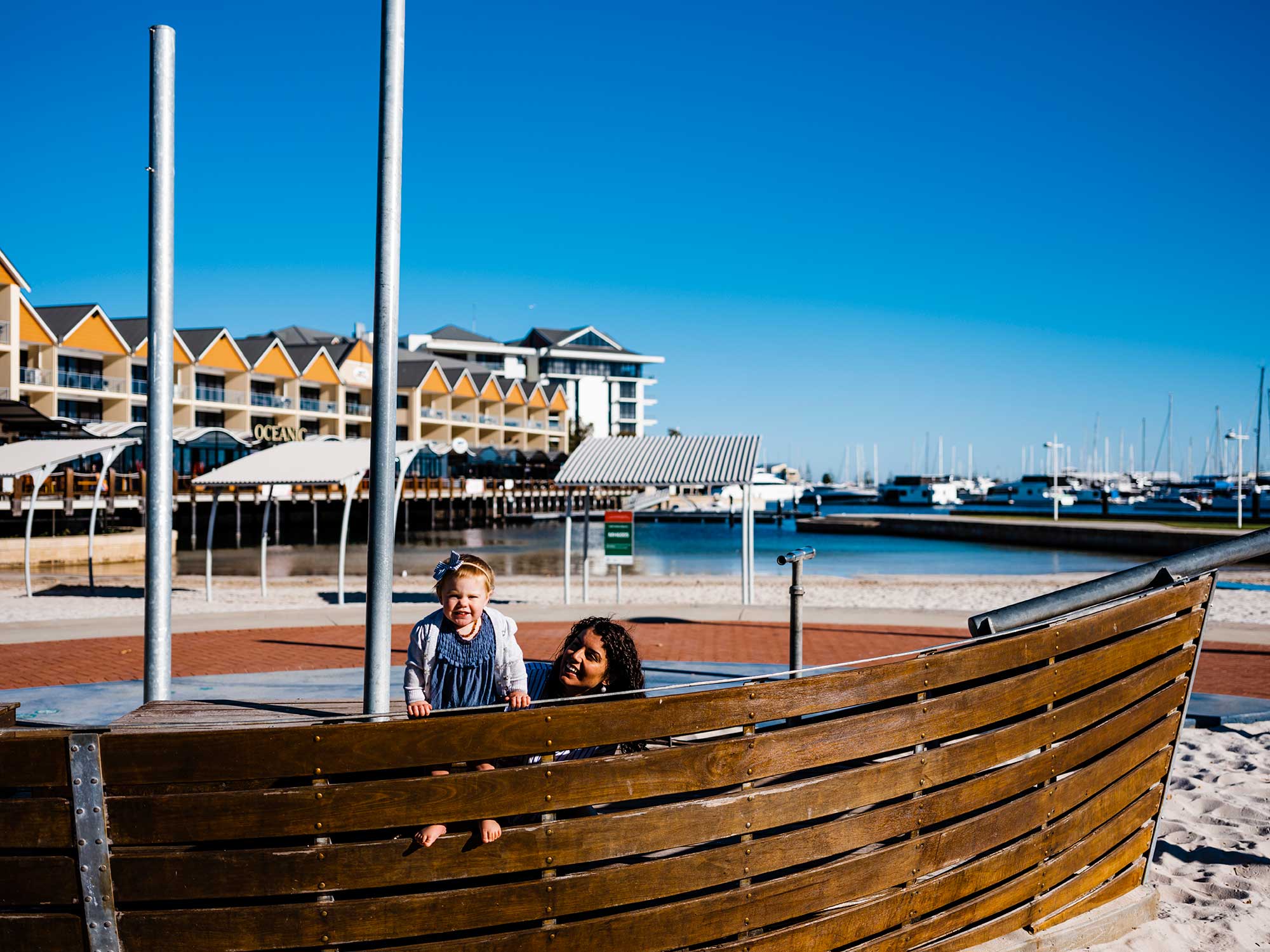 Parks & Playgrounds
Family Fun
Mandurah has many beautiful places that are free for your family and fun for...
read more
Family Fun 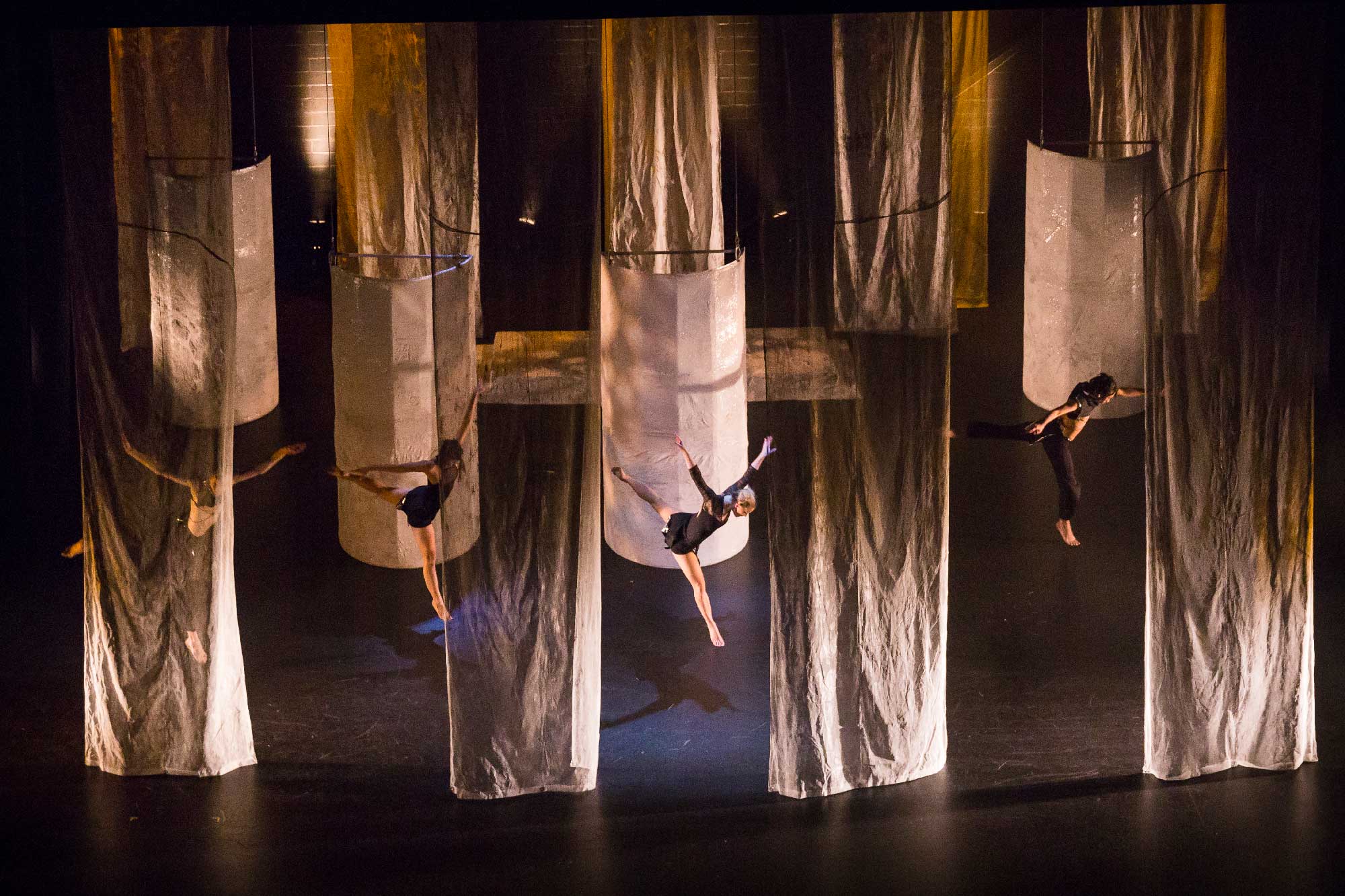 Indoor Activities & Entertainment
Family Fun
The rain might be pouring outside. However, you’ll be dry and warm having fun...
read more
Family Fun 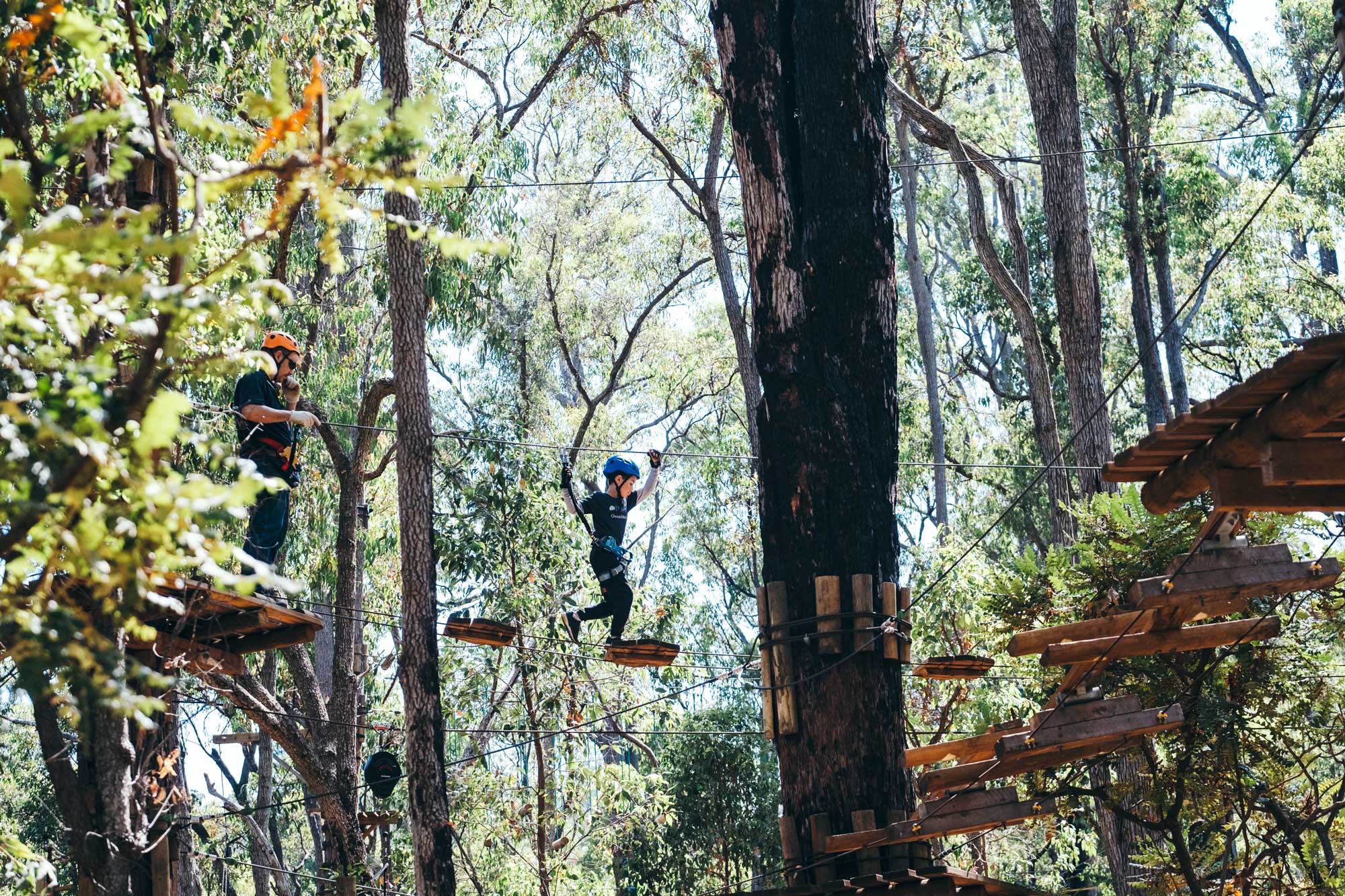 Top 10 things to do in Mandurah
Family Fun
read more