From London’s West End To Broadway – Mark Vincent and Mirusia 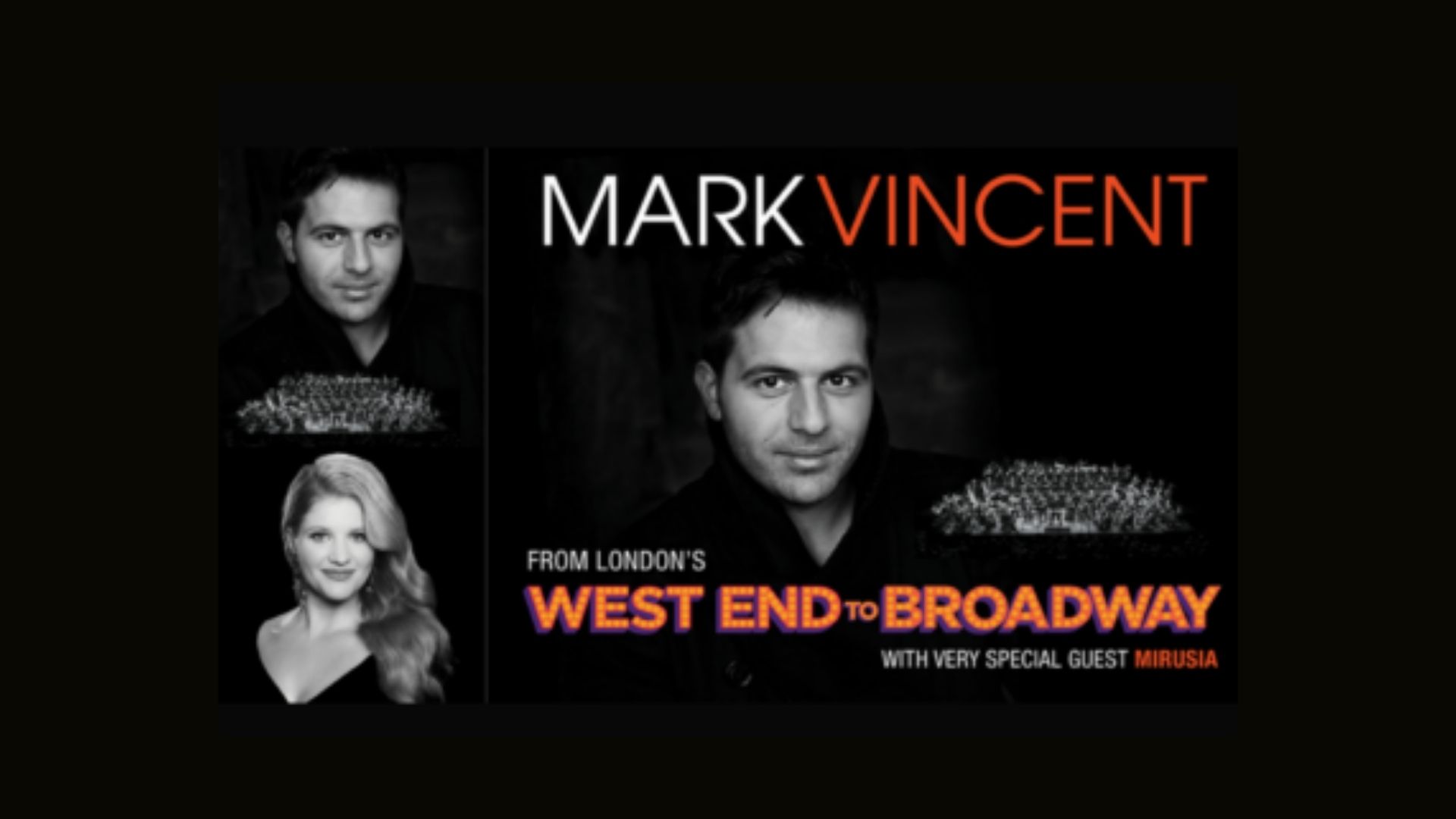 Direct from sell-out concerts, Australia’s most successful Tenor, internationally acclaimed sensation Mark Vincent, will be touring his brand new show with very Special Guest and the Soprano that the world has fallen in love with “The Angel Of Australia” Mirusia.

Together they will perform classic songs from the greatest musical theatre productions such as The Phantom Of The Opera, Les Miserables, West Side Story, Cats, Evita, Oklahoma, South Pacific and many more.

Singing from the age of 15, Mark Vincent has gone on to become one of Australia’s most beloved tenors, having released nine consecutive #1 ARIA Classical Crossover Albums, earning accolades both nationally and internationally.

Fans can expect a magical night to remember with dynamic performances with Mark Vincent & Mirusia performing a rich repertoire of classical music songs and arias made popular by the greatest musicals together with the 30 piece Australian Symphony Orchestra conducted by Shannon Brown.

Mirusia still tours with André Rieu, but also has a flourishing solo career. She currently resides in Brisbane, Australia with her husband Youri and daughter Sascha.